Holly loves celebrating holidays and for her, each day is a Holly-Day! Part of the Holly Celebrates Series, this book is an informative rhyming story about how Holly celebrates the Martin Luther King holiday. Prior to celebrating at the annual Dr. Martin Luther King Parade with her friends, Holly shares about the life and contributions of the hero. She introduces readers to Dr. King’s family. She addresses his fight for freedom and the March on Washington. She shares his dream for a world where we “could all walk hand-in-hand.” From the Voting Rights Act of 1965 to bus boycotts to the Poor People’s Campaign, Holly shows how “Dr Martin Luther King crusaded for greater good” right up until his earthly journey ended. Read more >> I Am Rosa Parks ~ Jim Haskins 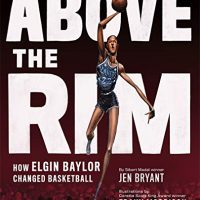